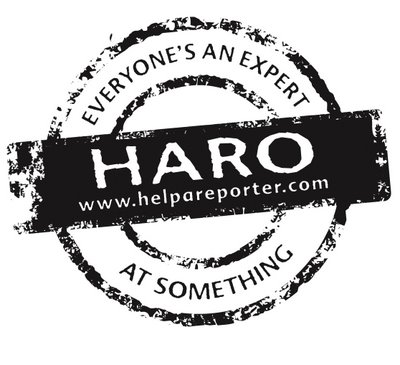 Do you subscribe to HARO? If not, you should. HARO (which stands for Help A Reporter Out) is a well established free email listing of specific opportunities posted by media pros including journalists, TV producers, radio personalities and more. When you sign up, you’ll receive three emails each workday with dozens of leads in a variety of topics. Many won’t apply to you directly, but some will be right up your alley. Remember to respond to the media pro’s request for information by including your electronic press kit link so that they can quickly and easily access your EPK for additional  information including your high resolution photo, bio, video and audio samples, etc.  Sign up for HARO at www.helpareporter.com, and contact our sister firm GuestMatch.com if you need assistance with posting or assembling your EPK.

Allen Media Strategies Chief Media Strategist Burke Allen was recently in New York City with a client who was a guest on ABC TV’s THE VIEW!  Here are some quick tips from that visit, so that you’ll be ready when you receive a national TV interview opportunity:

• Be flexible:  The View made contact on a Thursday, and wanted our client as a guest on the following Tuesday, flying cross country on that Monday.  When you get a media request, make every effort to be available.

• Maximize your visit: Our client visited before and after the show with each cast member, had photos taken with Whoopie, Barbara and the gang as well as one on the set with the entire cast for his website and social media. He also appeared on the same show with one of the stars from the new TV show “Nashville” and did a photo with her as well.

• Learn from the pros: While on set, our client learned about timing (his segment was shortened a bit), keeping his con-tent focused and entertaining, and how to anticipate questions by role playing prior to the interview with Burke.

• Do follow ups:  After his interview, our client sent personal hand written thank you notes and copies of his book to THE VIEW’s cast members, as well as the segment producer and booker who worked behind the scenes to get him on the show.

One of your goals as a media expert is to make it into the “rolodex” of bookers, so that when a story hits the news that fits into your area of expertise you’ll be contacted and asked to contribute your thoughts. In exchange, you’ll receive a much deserved “plug” for your book, product or service and valuable free exposure on television, radio, print or online outlets at no cost.

Thomas Ricks, author of THE GENERALS received an opportunity like that on the highest rated national cable network (Fox News Channel) and essentially “bit the hand that fed him”. This will almost certainly result in him never being asked back on the network, and also likely caused the segment booker to receive a severe reprimand from their superior for not vetting their guest better. It also caused the author’s segment to be immediately cut short, costing him more very valuable national exposure.

Regardless of your political leanings, attacking the outlet that gives you thousands of dollars worth of free exposure is never a good idea.  If however, it was Mr. Ricks goal to end his relationship with Fox News Channel, he succeeded spectacularly.  Take a look here at what happened here: http://www.wptv.com/dpp/news/local_news/water_cooler/fox-news-ends-interview-video-thomas-ricks-jon-scott-benghazi-interview-ends-abruptly