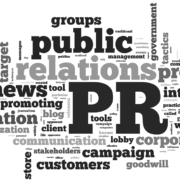 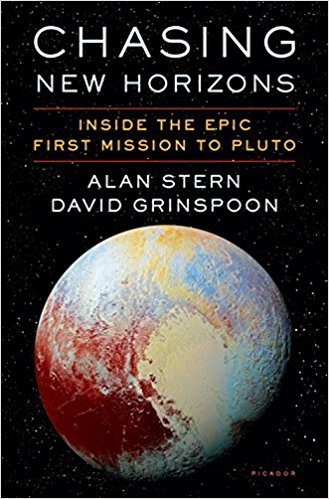 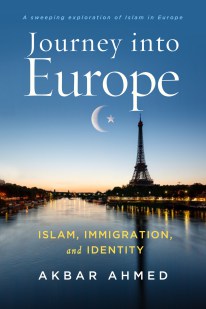 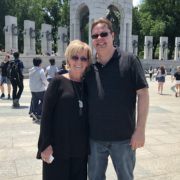 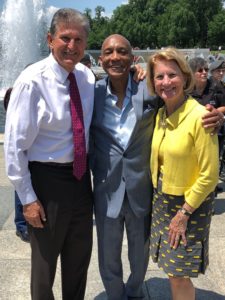 Joe Coleman, a Vietnam era veteran and member of the music group “Leonard, Coleman, and Blunt” honored veterans by singing the National Anthem at the Honor Flight in DC, a non-profit organization aimed at getting veterans across the nation to visit Washington DC and the memorials dedicated to honor their service and sacrifice.

Allen Media Strategies client and founder of the Denver Foundation, Dreama Denver, brought a group of veterans from West Virginia to be a part of Honor Flight. “It’s a blessing to serve these people. It is my ninth year doing this and every year, I feel privileged to be a part of this initiative. The heroic stories some of the veterans share makes every trip memorable for all of us. Loaded with real-life challenges, these stories are packed with bravery, hope, and optimism”.

The veterans traveled from West Virginia in the early hours of the morning, but the fatigue of the journey was replaced by pride as they visited Arlington National Cemetery, the World War II Memorial, Korean War and Vietnam War Memorials. As they walked the streets of DC and saw the World War II Memorial, for some of them it was an experience they had been waiting for. “This is my first time in DC, I feel so happy I finally made it”, said a veteran who served in the Vietnam War.

West Virginia Senators and Congressman acknowledged the service and sacrifice of our veterans as they gathered around the World War II Memorial Fountain.  They joined Allen Media Strategies client Joe Coleman, in singing the National Anthem. Though retired from active duty, these West Virginia veterans joined with veterans from around the country and shared the same energy, enthusiasm, and conviction that keeps our Flag waving today.

Allen Media Strategies is proud to be a part of this initiative to honor and express our thanks to these brave men and women from West Virginia for their service to the nation. 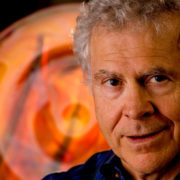 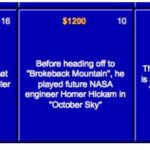 Congratulations to long-time AMS client Homer Hickam, the best selling author of over 19 books who was a featured in a question recently on the long-running television quiz show Jeopardy. Homer often mentions in his presentation that although he is not Jake Gyllenhaal, he does have his cell phone number and can be bribed! 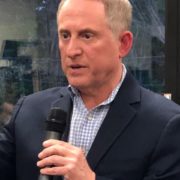 Opinion: How NASA’s mission to Pluto slashed the cost of space exploration

Since 2001, I have led the team that proposed, built, and flew the pioneering NASA New Horizons mission that explored Pluto—the farthest planet ever visited.

But this mission was pioneering in another respect: We accomplished this mission at just 20% the amount spent, after adjusting for inflation, on NASA’s previous outer-planet exploration, the storied Voyager mission that explored Jupiter, Saturn, Uranus, and Neptune in the 1970s.

This is an exciting time for new space exploration—by NASA, by private companies like Tesla TSLA, -0.60%  CEO Elon Musk’s SpaceX and Amazon.com AMZN, +0.14% CEO Jeff Bezos’s Blue Origin, and even in partnerships between NASA and companies like these. The success of New Horizons holds lessons for how to do more at lower cost.

How did we accomplish our dramatic budget-trimming? It took a combination of ingenuity, daring, and team-wide commitment.

For example, we invented ingenious new ways of automating our spacecraft so that it hibernated for much of its 9 1/2-year journey to Pluto. That meant our flight team needed only about 50 full-time staff versus more than 450 for Voyager.

We also scaled back our data transmission rates to just 10% of Voyager’s, greatly reducing the costs of both the communications and nuclear-power generator systems aboard the spacecraft. That reduced data-transmission rate added a year to the time needed to return all the data from the Pluto flyby, but it saved approximately $100 million. And we borrowed spacecraft component designs from previous missions, which not only saved money but also lowered development risks.

In addition, we dared in crucial ways. For example, past missions to planets like the Voyagers had sent two spacecraft. That was, in effect, an expensive insurance policy because two spacecraft lower the risk that one might fail at launch or in flight. But the New Horizons team opted for only one, meaning only one chance at the launch, and one chance at the flyby of Pluto, in exchange for the massive savings of eliminating a second spacecraft, a second rocket, and a second flight-control team during the almost decade-long flight across the solar system. That produced another net savings in the range of $500 million.

Then we balanced the risk of only sending one spacecraft by adding on-board backups for its guidance, propulsion, main computers and communications systems. And we further reduced risk by performing extensive pre-launch spacecraft testing to weed out bugs and the risk of parts that fail shortly after launch.

But ingenuity and daring, though crucial, weren’t all we did to lower costs. It also took a team-wide commitment to create a new, lower-cost kind of planetary exploration that would serve as an example to future NASA projects.

And it worked: New Horizons successfully completed its groundbreaking 2015 exploration of Pluto and showed the world that Pluto, far from being a frozen ball of ice, is a geologically active planet as complicated as Earth or Mars. And New Horizons continues on, currently preparing for its Jan. 1 flyby of a mysterious object called Ultima Thule in the Kuiper Belt, another billion miles past Pluto.

Future NASA missions may well explore space even more inexpensively than we did. Not only can they follow in the footsteps of the New Horizons mission, but they can also take advantage of reusable, lower-cost launch systems being developed by SpaceX, Blue Origin, and United Launch Alliance (a joint venture of Lockheed Martin LMT, -1.49%  and Boeing BA, +0.74%  ), as well as advances in cubesat miniaturization technologies allow tiny, still lower-cost craft to do what in the past could only be accomplished by large, expensive missions.

Alan Stern is a planetary scientist, aerospace engineer and co-author, together with David Grinspoon, of the book “Chasing New Horizons.” In 2007 and 2008, he headed NASA’s program of all Earth and space science missions and research. Follow him on Twitter @AlanStern.

This article appeared in MarketWatch. 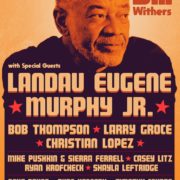