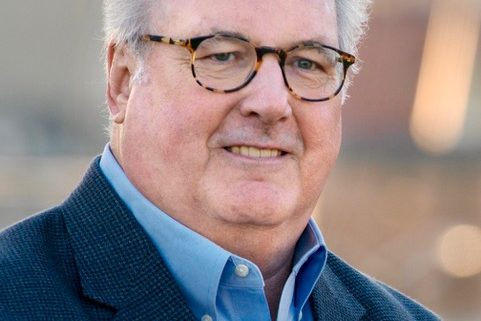 MORGANTOWN – Decades after coming home from Vietnam, a West Virginia native and WVU graduate used his experiences from childhood and service overseas to write a novel.

“I never expected this to be published,” said author John Brown. “It was a bucket list item. I was doing it for myself and family.”

“Augie’s War” follows Augie Cumpton, from the fictional Jewel Town. Brown said the name is inspired by a song from the ’40s or ’50s, which described Clarksburg as the Jewel of the Hills. Clarksburg’s Northview neighborhood, where the 73-year-old grew up, became Riverview.

Brown worked in his grandpa’s Italian bakery as a kid, and Cumpton draws on memories from his childhood spent in an Italian bakery to help deal with the traumas of war.

Brown said he grew up on the same block as his large Italian family, including aunts, uncles and roughly 20 cousins, all of whom had a large influence on him.

Brown graduated from WVU in 1968, the first in his family to do so, with a degree in journalism, and shortly after went to Vietnam as a “supply guy.” His first pick, a journalist, was full, so the Army handed him his second choice.

He said 1968 was a crazy time – the North Vietnamese called America’s ability to succeed in the war into question with the Tet Offensive, President Lyndon B. Johnson decided not to run for re-election because of criticism over his handling of the war, Martin Luther King was assassinated, and then Robert F. Kennedy.

Following graduation, Brown was drafted into the Army, and while he had the opportunity to become an officer, he said, “I figured I’d get in and out as quick as I can.”

Following basic training and advanced individual training, Brown was about to receive orders to “fix weapons in the middle of the boonies” when the Sergeant, from Beckley, asked if Brown could type.

“I looked him right in the eye and told a bold face lie; ‘Yeah, I’m a great typist,’ ” Brown said.

That lie landed him in Chu Lai, with the 23rd Infantry Division known as “Americal” – the largest infantry unit in Vietnam – as an awards writer. Brown said he would take after-action reports and turn them into award proposals to be sent up the chain of command.

After a year of working about six-and-a-half days a week, pulling guard duty and writing awards, Brown returned home in 1971, got married and started working on a master’s degree.

While decompressing from his year at war, Brown said he started to write about his experiences, but “fortunately,” life intervened, and his family and career prevented him from doing so.

In 2016, Brown handed his business, Brown Communications, to his son and retired. He said his wife was concerned he needed something to do and suggested he finish the book.

Brown said he didn’t think writing the book was therapeutic until a friend who was a forward observer in the war, “a really dangerous job,” suggested it might be.

“I never thought about it that way, but there could be an element of that,” he said. “I didn’t have many bad experiences; had a few close calls, but I didn’t dwell on it when I came back.”

Brown said he had people ask him if the “wild and crazy” stuff that happens in the book is true, and he just responded with the old adage that “truth is stranger than fiction.”

“Augie’s War” is, unconsciously, an antiwar book, Brown said. He said he noticed Afghanistan has parallels with Vietnam and that we didn’t learn from the past. Not everything about the wars is the same – the military is now all volunteer, instead of mostly draftees, he said. That might not be a good thing, though.

“These people are going multiple times.” Brown said. “I don’t think I could have gone back multiple times. I can’t imagine. The toll on the psyche of the people that are fighting in the war and instances of suicide and PTSD and all that are just off the charts.”

The number of soldiers who die shrank. The Vietnam War Memorial in Washington, D.C., had 58,318 names on it as of Memorial Day 2017. During his time over there, Brown said 300-400 soldiers a week were being killed. According to the Department of Defense, between Oct. 7, 2001 and Dec. 31, 2014, 1,833 soldiers were killed in Afghanistan – the war has dragged on about three more years since then.

Another improvement is that veterans are treated with respect now, a far cry from the treatment Brown and other Vietnam veterans experienced – being spit on and called baby killers upon their return home.

The problem, Brown said, is the mission of the Afghanistan war, similar to Vietnam, isn’t clear.

“What I hope that comes through in my novel is the absurdity of war and how we don’t necessarily solve things by trying to impose our will in areas that are so far away from us,” he said.

The 235 page novel received overwhelmingly positive reviews. It has a 4.41 average review on Goodreads, a popular website for reviewing and discussing books.

“Riveting book that switches back and forth between Augie’s experience as a young soldier in Vietnam and his childhood upbringing in a small Italian immigrant community in WV. Brown has a remarkable ability to conjure vivid imagery of the devastatingly harsh and punishing time he spent in Vietnam while still injecting humor and levity into these passages,” wrote Laura Brown.

“In contrast, the stories of a childhood spent enveloped in a large and warm Italian family, while equally vivid, are first and foremost hilarious. The cast of characters Augie reflects on are delightful oddballs and warm, colorful family members that provide reprieve from his present situation, one that is riddled with ethical dilemmas, incompetent leadership and unbearable living conditions.”

In recent months, Brown considered writing a sequel or possibly turning the book into a movie. He said there’s an outline, and lots of things were left hanging at the end of “Augie’s War.”

“Augie’s War” is available for purchase on Amazon and other retailers. The novel’s official website is www.augieswar.com.