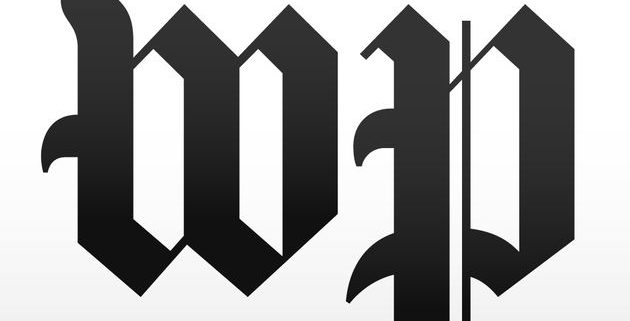 Homer Hickam is the author of “Rocket Boys” (also published as “October Sky”), “Back to the Moon” and the “Crater” trilogy.

For those of us who have been involved with the movement of humankind into space across many years, these are exciting times. Since Vice President Pence’s speech last March directing NASA to return astronauts to the moon by 2024, the U.S. space agency, commercial companies and other countries have quickened their efforts to learn more about Luna and prepare to land people there. It’s as if the world was waiting for an opening bell and the vice president rang it.

As these efforts get going, however, it’s important to avoid the thinking of a half-century ago and look at the moon in a different way. This is, after all, not your grandfather’s moon. After the Apollo moon-landing program of the 1960s and ’70s, a series of robotic missions discovered that Luna was a lot more interesting than many had previously thought. It has abundant water and oxygen, as well as helium, platinum, thorium, rare earth metals and other minerals that may well be worth digging up and transporting back for use in thousands of products. Last year, a gigantic blob of metal, as yet unidentified but significantly larger than the Big Island of Hawaii, was discovered beneath the lunar south pole. Whatever it is, it has value. The quiet far side of the moon could also provide a location for interstellar observatories, and tourists who would pay a lot to have a lunar vacation are inevitable. In other words, a real business case can be made for the moon, a case that could not only put dollars back into the pockets of taxpayers but also open up jobs for skilled workers on the lunar surface.

AD
I’m a member of the Users’ Advisory Group of the National Space Council, and one of my duties is to understand NASA’s plans for the Artemis moon-landing program and contribute recommendations. Although technical details of Artemis might be modified, there is one thing I’ve noticed that isn’t up for debate: Professional astronauts are going first. While I agree that professionals are required for the initial landings, I don’t think that exclusivity should continue for long.

The Apollo program, though successful, was canceled within three years of the first landing, partly because few Americans had a stake in maintaining the enterprise. For many people, the moon was a dry, dead place suitable only for astronauts and scientists and seemed to have nothing of value for those paying the bills. But if we start looking at the moon not as an astronomical object but as an eighth continent and potentially a new source of wealth for the people of Earth, it would be a revolutionary way of thinking about the space frontier. Once electricians, plumbers, miners and construction workers start going to the moon, and the middle class starts using products made with minerals from Luna, the United States will become a true spacefaring nation.

The U.S. government legalized space mining in 2015, and other nations have taken their own approaches to lunar mining for profit. Although the United States signed a 1967 U.N. treaty that suggests no nation can claim sovereignty over the moon, the treaty was developed as an attempt at arms control during a time when the United States and the Soviet Union were landing probes. This Cold War relic is unlikely to prevent Washington or other governments from proceeding toward lunar activities.

My opinion is undoubtedly colored by where I grew up, the little mining town of Coalwood, W.Va. When I was growing up, Coalwood was difficult to get to and its living conditions were harsh. But the town had important economic resources, so people came there, not because they liked living in those remote hills or enjoyed working in the mines but because they could have jobs and make enough money to raise their families. Eventually, they fell in love with the rugged mountains and valleys and the Appalachians became their permanent home. I was nurtured by that harsh but beautiful land. In much the same way, I believe life on the moon could evolve, but first the path must be prepared. We must do what the United States didn’t do for Apollo — that is, look past the initial stages of Artemis and plan what comes next.

I propose that NASA make the initial landings and prove that the hardware works. And that is where its duties would end. If the space agency can persuade Congress to give it the money to go on to Mars, let it, but there is too much real, practical work to be done on the moon for the rest of us to get distracted. After Artemis, a consortium led by the U.S. Department of Commerce, with commercial and international partners, should set as its first task building an outpost on the moon near water and oxygen supplies. This could act as a staging area much like St. Louis was for the pioneers on the American frontier. For a fee paid to the consortium, commercial companies, governmental entities and scientific organizations could use this outpost to prepare their personnel and equipment to set forth across the lunar plains, valleys and hills. They could prospect for minerals and other resources in the great lunar outback and eventually plan the construction of observatories and hotels. As more is learned about lunar resources and sufficient business cases are made, towns like Coalwood could spring up all over the moon.

For the first time, humans would be going into space not only for science but also for self-sustaining economic reasons. That’s a solid argument for letting the moon rush begin.