“Francis, Benedict praise Bartholomew I as a brother in faith”

Vatican City, Oct 17, 2016 (CNA/EWTN News).- In their forewords to a new book about the head of the Eastern Orthodox Church Patriarch Bartholomew I, Pope Francis and retired Pope Benedict XVI praised the faith and goodness of the ecumenical patriarch.

“Today, we brothers in the faith and hope that does not disappoint, we are deeply united in the desire that Christians of the East and the West can feel part of the one and only Church,” Pope Francis wrote.

The forewords were contributions to the book Bartholomew, Apostle and Visionary by John Chryssavgis, written in honor of the 25th anniversary of the patriarch’s election as head of the Eastern Orthodox Church. It was released Oct. 11. 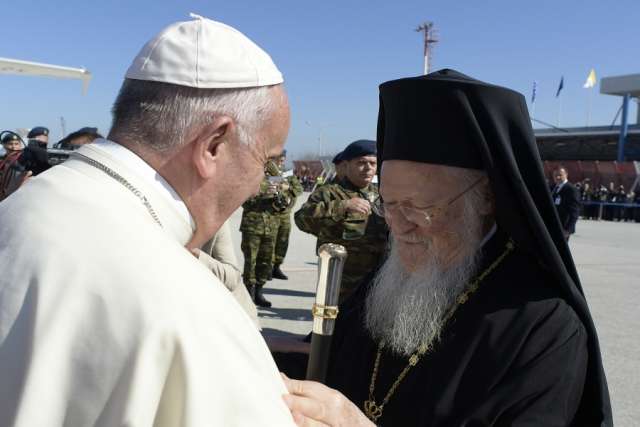 In the messages, Pope Francis and Benedict both reflected on their meetings with Patriarch Bartholomew and on the things which unite them.

“My first meeting with my beloved brother Bartholomew took place the same day in which I started my papal ministry, when he honored me with his presence in Rome,” Pope Francis recalled.

Patriarch Bartholomew’s presence at the inaugural Mass of Pope Francis on March 19, 2013 was the first time that an ecumenical patriarch had attended the inauguration of a pope since the schism between the Eastern Orthodox and Catholics in 1054.

“I felt I was meeting a man walking in the faith,” Francis continued, “who in his person and in his manner expresses deep human and spiritual experience of the Orthodox tradition. On that occasion we hugged with sincere affection and mutual understanding.”

Pope Francis and Patriarch Bartholomew have met together frequently since Pope Francis’ election, including during the Pope’s visit to a refugee camp on the Greek island of Lesbos April 16. They have also met in Jerusalem, Rome and Constantinople.

These meetings “not only strengthened our spiritual affinity, but above all deepened our shared understanding of the common pastoral responsibility we have in this moment in history, before the urgent challenges that Christians and the entire human family must face today,” Francis said. 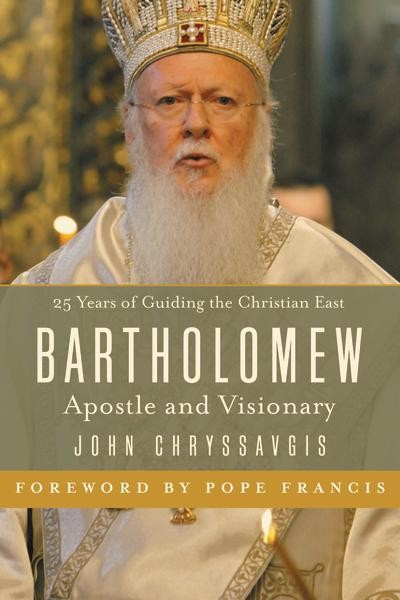 The Pope highlighted the “shared commitment” between the two leaders, exemplified in the two joint statements they signed in Jerusalem and Phanar to build a world “more just and more respectful of dignity and fundamental freedoms, the most important of which is the freedom of religion.”

Benedict XVI, who first met Bartholomew in 2002, while still Cardinal Ratzinger, said he also was immediately moved by the personal warmth and openness of the patriarch.

“It did not take a great effort to draw close to one another. His interior openness and his inspired simplicity suffered a welcoming intimacy.”

The meeting took place on a train to Assisi for the international prayer meeting with Pope John Paul II. “For me,” Benedict wrote, “this meeting – along the way – it’s more of an accidental expression of the state of faith.”

Pope Francis also compared unity between the Eastern and Western Churches as a gradual journey.

“The Church of Rome and the Church of Constantinople are joined by a deep and ancient bond that not even centuries of silence and misunderstanding have been able to break,” he said.

They now have “the sacred task to walk back along the path that led to the separation of our churches, healing sources of our mutual estrangement, and to proceed towards the restoration of full communion in faith and love, conscious of our legitimate differences.” 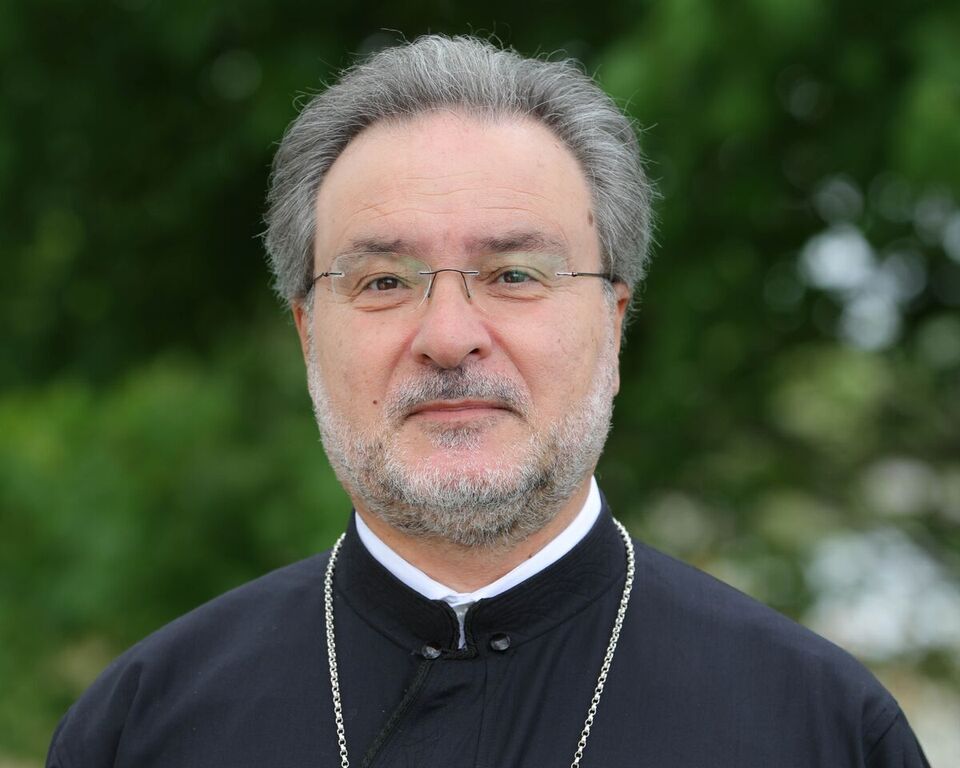 Francis praised the patriarch’s commitment to increasing awareness regarding the “protection of creation,” saying that they were “fundamentally united” in this commitment.

“I found a deep spiritual sensitivity in Patriarch Bartholomew for the painful condition of humanity today, so deeply wounded by unspeakable violence, injustice and discrimination.”

Patriarch Bartholomew has also praised Pope Francis on several occasions, notably for his humility, his care for the environment, and his concern for the plight of Christians in the Middle East.

“This is precisely why the path toward unity is more urgent than ever for those who invoke the name of the great Peacemaker,” Patriarch Bartholomew said Nov. 30, 2014, and prayed that restoration of full communion between the Catholic and Orthodox churches “will not be prolonged.”

He urged greater collaboration, saying that “we no longer have the luxury of isolated action” due to the current persecution of Christians, who are targeted regardless of which church they belong to.

The two leaders “are both greatly troubled by the grave sin against God, which seems to grow by the day, which is the globalization of indifference before the disfigurement of the image of God in man,” Francis said.

“It is our belief that we are called to work for the construction of a new civilization of love and solidarity.”

“We are both aware that the voices of our brothers and sisters, now at the point of extreme anguish, force us to move more quickly on the path of reconciliation and communion between Catholics and Orthodox, so that they can credibly proclaim the Gospel of peace that comes from Christ.”