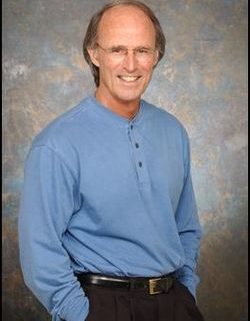 To paraphrase Winston Churchill, “Democracy is not perfect, but it is better than anything in second place.” The FBI is also not perfect, but it is superb at interviewing, especially with background investigations of federal judges at stake. In this case, it’s whether Judge Brett Kavanaugh is qualified to sit as a justice on the U.S. Supreme Court.

I have no doubt that Senate staffers are warm-hearted and dedicated to doing their best at interviews in background investigations of Supreme Court nominees. But staffers are not FBI agents backed by the full weight of and stellar experience of the Bureau. There is nothing like staring down the barrel of an agent interview to get your full attention. You lie at your peril—it’s a serious crime to lie to a federal agent.

I conducted dozens of background probes of federal judges during my 30-year career as an agent, both as the case agent or carrying out leads from other case agents. All of these inquiries are married to bureau deadlines that must be fully met. FBI headquarters demands it. Be good or be gone is the FBI mandate for agents when it comes to asking questions in interviews, whether you’re dealing with members of the Ku Klux Klan, mob figures, KGB defectors, kidnappers, common bank robbers, POWs in Iraq or Afghanistan, or Saddam Hussein for seven months after he crawled out of his rat hole in Iraq. There is no higher skill or art in the bureau.

Vetting federal judges is one of the FBI’s most important mandates, none more crucial than nominees to the Supreme Court. The bureau can conduct extensive and complicated interviews within a week. While the FBI does not make recommendations, it does write thorough and extensive reports reflecting the results of interviews gathered from simply sitting down with citizens, listening carefully, and following up leads wherever they point. Interviews are the DNA of agents’ investigations.

Currently, front and center are the allegations by Christine Blasey Ford that Judge Brett Kavanaugh sexually assaulted her many decades ago at a party in a home when they were both in high school, an allegation vigorously denied by Kavanaugh. Blasey Ford has alleged that the assault was witnessed by a third person, Mark Judge, who was known to her and also a close friend of Kavanaugh. All three of them will be interviewed by agents to establish when and where the assault took place. All persons listed by Blasey Ford as having attended the party will be interviewed.

President Donald Trump authorized a limited scope investigation to be conducted with a one-week deadline to determine whether the sexual assault took place as alleged. While I do not know the president’s definition of limited scope or the parameters that he set, the FBI will pour into the investigation as many agents as required to determine whether there is evidence that the alleged sexual assault took place. Agents successfully live with deadlines all the time.

WHAT I WOULD DO

Here is what I would do. Since there is evidence that Mark Judge worked at a Safeway during the crucial time period of the summer of 1982, I would request that he sign an FBI form authorizing agents to look at his employment records at Safeway to establish when he worked there. This could set a more precise timeline since Blasey Ford claims that she entered the Safeway around six to eight weeks after the assault, and by chance met Judge, who was working there.

I would request that Blasey Ford ride with agents around neighborhoods that are her best guess as to the location of the home where the party and the alleged assault took place. We are looking for a house described by her as having a living room near the front door, stairs to a second-floor bedroom and a bathroom across the hall from the bedroom. If she can identify the home, Agents will knock on the front door and request permission from the owner to look at the interior of the house and have Blasey Ford examine the home as well, if she is agreeable to that.

If Blasey Ford can pinpoint a general neighborhood, agents will examine public real estate records as to the identities of the homeowners who lived there during that summer, find them, and interview them. I would canvass real estate companies and interview their agents who regularly sell homes in the area and were also doing so in 1982. If retired, find them.

Since Blasey Ford was 15 at the time and did not have a driver’s license, who drove her to the party, and who took her home?

Who hosted the party where the alleged assault took place? Agents will interview the high school friends, however numerous, of Kavanaugh, Blasey Ford, and Judge, for evidence. Also it’s important to ask these same friends as to whether Kavanaugh drank to excess during his high school years and suffered blackouts as a result. Blasey Ford alleges that Kavanaugh and Judge were very drunk at the party and during the alleged assault.

With authority from Blasey Ford, agents will examine the records of therapists, psychologists, or psychiatrists who treated Blasey Ford for evidence that she suffered trauma as a result of being sexually assaulted. Also, interview any person she told about the alleged assault.

The bureau will need Kavanaugh’s calendars to interview everyone listed on them during the critical period of 1982.

The FBI stands ready to polygraph Blasey Ford, Kavanaugh, and Judge, even though Blasey Ford was previously polygraphed by a non-bureau examiner.

The FBI pledges to the American people that all interviews will be impartial, non-judgmental, painstakingly thorough, and as relaxed as possible, given the inherently stressful nature of bureau interviews. Agents are friendly, well prepared, of professional attire and demeanor, and strive to establish rapport to get the best results from an interview. We owe our fellow citizens no less.

Jack Owens served for 30 years as a special agent in the FBI from 1969 to 1999, a veteran of the bureau’s counterintelligence mandate to help the U.S. win the Cold War. Owens worked undercover for four years against hostile intelligence services from the Soviet Union, Eastern Europe, and China.  He also concentrated on SWAT operations and terrorism.  Jack retired in order to write, and is the author of a memoir of three decades in the FBI, Don’t Shoot! We’re Republicans!, a novel about the assassination of President John F. Kennedy, Watchman: JFK’s Last Ride, and two satiric, dark comedy novels about a serial killer in Alabama (Pock, Give Them Over to Death)
https://allenmediastrategies.com/wp-content/uploads/Jack_Owens_Jr..jpg 383 250 Allen Media Strategies https://allenmediastrategies.com/wp-content/uploads/allenmediastrategies_logo_light_bg2.png Allen Media Strategies2018-10-02 13:59:252018-10-02 13:59:25Jack Owens on investigating Kavanaugh’s allegations – Fast Company
Followon TwitterSubscribeto RSS Feed

We are excited!!
Scroll to top