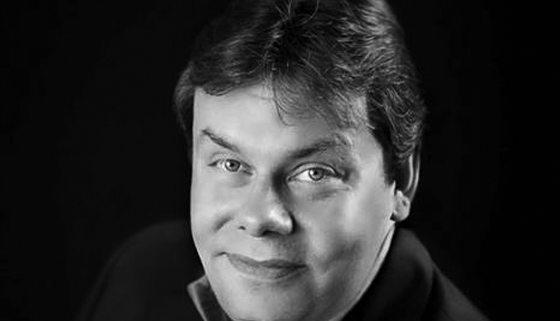 Miami advertising executive Bruce Turkel recently made waves when he released an open letter to network executives that he would no longer do appearances on Fox Business and Fox News because of their coverage of the immigration issue. Bruce said that he took particular offense to Fox’s handling of the U.S. government’s policy of separating children from their parents which he called “too heinous to accept”.  He mentioned in particular pundit Ann Coulter’s assertion that the crying kids in videos were “child actors” and talk host Sean Hannity’s suggestion that the children are part of a “rolling invasion” of the country.

But, this article isn’t about politics. Not at all. Because, regardless of your political leanings or feelings about the immigration issue, there are several very teachable moments worth exploring here for authors and experts.

Why would Turkel agree in the first place to go on Fox Business over and over, and also Fox News occasionally, to offer his opinion and insight?  Was it for the money?  No, according to a Miami Herald article, Turkel’s dozens of Fox appearances were all unpaid.  For the ego boost? That’s doubtful too. Bruce is a National Speaker’s Association Hall of Fame inductee and TedX presenter. Is his business in need of publicity?  Doubtful.  Turkel Brands has worked with clients including Discovery Networks, Bacardi Limited, Jewish Health Systems, and many more. They are probably best known as the designer of the highly successful Miami tourism campaigns, including the “It’s So Miami” tagline. Bruce’s latest book, his fifth, the best-selling All About Them, was chosen as one of Forbes’ top ten business books of the year.

Bruce Turkel is clearly a busy guy with a lot of balls in the air. Taking time out to stop whatever you’re working on to do a free media appearance (especially on a niche business network) would seem to be an unwise use of your time since you’re not getting paid to do it. It usually takes a couple of hours minimum for every short 3-5 minute TV guest appearance, when you prep on the topic, travel to/from a studio, wait to go on the air, etc.  Why go through all that?

Bruce Turkel said it himself in his open letter: “The appearances on Fox News and Fox Business have helped me generate lots of keynote speaking opportunities and helped me sell a bunch of books”.

There you have it.

Doing media appearances on Fox helped him sell books and get speaking gigs.

But (and we get this question a lot from clients), what if you disagree with a show or host of a show? Why would you go on their air?

“Demographics show that more business owners watch Fox than the other news stations. Business owners are my target audience. Therefore it made sense for me to cast my bait where the fish are swimming.”

Bruce also said he was never told by Fox what to say or which side of an issue to take. Having placed dozens of clients on hundreds of opinion shows on Fox and other networks, I can absolutely vouch for the reality that you will be able to speak your truth. In fact, most media hosts love to have an opposing viewpoint, as it makes the interview more watchable, listenable or readable.

What other strategies did Bruce Turkel employ with his media platform to help him sell more books and give more keynote speeches?

-Consistency:  Bruce did over 400 appearances on Fox, most on Fox Business but also several on the much larger Fox News.  Why so many, and why on Fox Business? “Fox invites me on the air almost every single week. The other stations do not.”

-Leveraging:  While Bruce developed a great relationship with bookers at Fox Business, he was able to demonstrate his on-air strength to others using those clips to also gain appearances and relationships with CNN, MSNBC, CNN International, local TV affiliates in Miami, even CCTV (Chinese state television). That exposure helped lead him to the cover of Speaker Magazine.

-Flexibility:  Turkel has been called on to talk about pretty much anything that has to do with marketing and branding, and he always has something interesting to contribute to the conversation. Whether it was Redbull or the Superbowl ads, the latest social media dustup or celebrity scandal, Bruce helped viewers understand the branding issues that affect their pocketbooks and their lives. It always goes back to heartstrings and pursestrings.

-Content:  Whether on the speaker’s platform or on the air, Bruce always gave a great show. Terms like “funny, charming, super engaging, warm, sincere, energetic, confident, great stage presence” are used over and over to describe Bruce.

-Healthy Sense of Self: Bruce knows his place in the overall scheme of things.  “None of the shows I’ve been on will even see a blip in viewership because I no longer appear on the programs. Truth is, no one will even know I’m not at Fox anymore.”

Something tells me that Bruce Turkel will be just fine, and we’ll be seeing him, hearing him and reading about him on other media outlets. Because Bruce knows that doing quality, consistent free media “helped me generate lots of keynote speaking opportunities and helped me sell a bunch of books.”  And that’s what most of us are gunning for.

“A reminder of American hospitality” – Daily Times by Amb....
Scroll to top