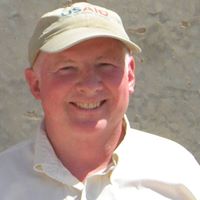 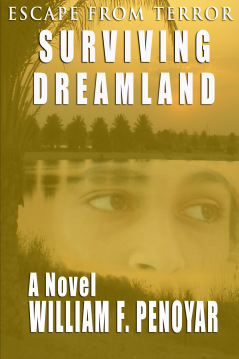 AMS client Bill Penoyar is giving a fascinating talk on his novel, “Surviving Dreamland – Escape from Terror” at Rotary Club of Rockville, MD at Best Western Plus on Thursday, June 7, 2018, at 1:3o pm ET.

Bill Penoyar, an author, and expert on the Middle-East and immigration has worked for the US Agency for International Development in Iraq. As a part of the embedded Provincial Reconstruction Team in Camp Baharia near Anbar, Falluja. Bill heard rumors of Saddam Hussein’s son, Uday Hussein’s activities at the palatial lake resort that was in the area. Surviving Dreamland is a riveting tale inspired by what Bill saw there.

Bill Penoyar has assisted the U.S. reconstruction efforts in the Anbar, Baghdad, Basrah, and Erbil Provinces. He has served as the USAID adviser for the Regional Threat Team, Strategic Operations Directorate, in support of the United States Forces-Iraq J3 Directorate.

Bill’s first-hand narration of his adventurous and daring encounters spanning 30 years and more than 20 countries on assignments as a Foreign Service Officer with USAID are inspirational and have a positivity in them that resonates with everybody.