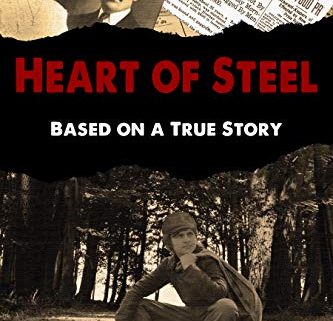 THIS AIR FORCE VET FOUND OUT HIS NAME HAD BEEN CHANGED AFTER STUMBLING ACROSS AN OLD NEWSPAPER ARTICLE; WHAT HE FOUND OUT CHANGED KEVIN MILLER’S LIFE FOREVER 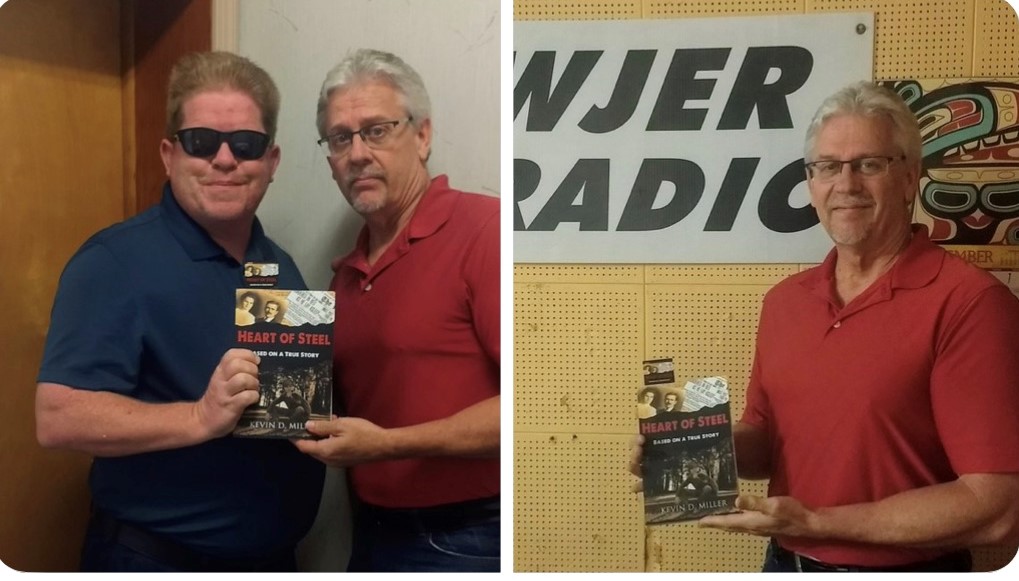 How would you feel if you woke up one morning to learn the name you’ve used all your life is NOT your real name? And, when you find out why, it leads to you uncovering your direct connection to an infamous murder mystery in a small midwestern town in the 1920’s, the results of which are still reverberating today.

Heart of Steel is an incredible true story that begins when Air Force veteran Kevin Miller accidentally discovers in an old yellowed newspaper clipping that his real last name isn’t the All American Miller, but the very Polish Puchalski. Kevin soon learns that his grandfather Stanley “Miller” Puchalkski was a man with many secrets, and they were all buried with him.

This sent Kevin on a dogged search back through time for clues from decades-old newspaper clippings that were his only hope to find out what happened. What he discovered shook him to his core. Kevin’s grandfather was involved in a murder-mystery, an indescribable tragedy, a major midwestern scandal and a daring escape, pushing him beyond impossible odds towards healing, redemption and finally true love and real forgiveness.

Born in Ohio and now settled with his family in Southern California, author Kevin D. Miller was in Ohio to conduct more research and document his grandfather’s amazing story as well as collect video footage and photographs of the locales featured in his best selling book “Heart of Steel”.

About the book:  “Heart of Steel’ is a true story based on real-life: real- life drama, real life hardships, real love and family. Set in the rural Midwest of 1920’s small-town America, the story begins September 13, 1920, when a tragic murder takes place at the Puchalski farmhouse in Southington, Ohio. Twelve-year-old Stanley (author Kevin Miller’s grandfather) desperately runs along a dusty country road sent by his frantic mother to fetch the county Sheriff. An infamous scandal unfolds over the next several weeks, taking Stanley and his siblings on a harrowing journey through a notorious orphanage and an incredible attempt to escape. Readers will be touched by how a young man’s devotion to his family pushes him beyond impossible odds and testifies to the perseverance of the human spirit. “Heart of Steel” is available on Amazon.com and bookstores everywhere. Get your copy at www.heartofsteelbook.com

About the Author:  Kevin D. Miller was born in Canton, OH, moved to Arizona and grew up in Tempe before settling with his family in Southern California. An engineer by profession, Kevin served in the USAF and has tried his hand at acting and web designing. His love for true stories based on real-life inspired him to become a writer and pen ‘Heart of Steel.’

Kevin says that “when I came face to face with the true identity of my family, the tormented past my grandfather never spoke about and wanted to keep hidden, and his sacrifices so his future generations survived and were happy, it was a story that had to be written and shared.”

Morgan Spurlock blasts off as this years special guest at Rocket Boys Festi...
Scroll to top